The Message Behind the Super Bowl Commercials 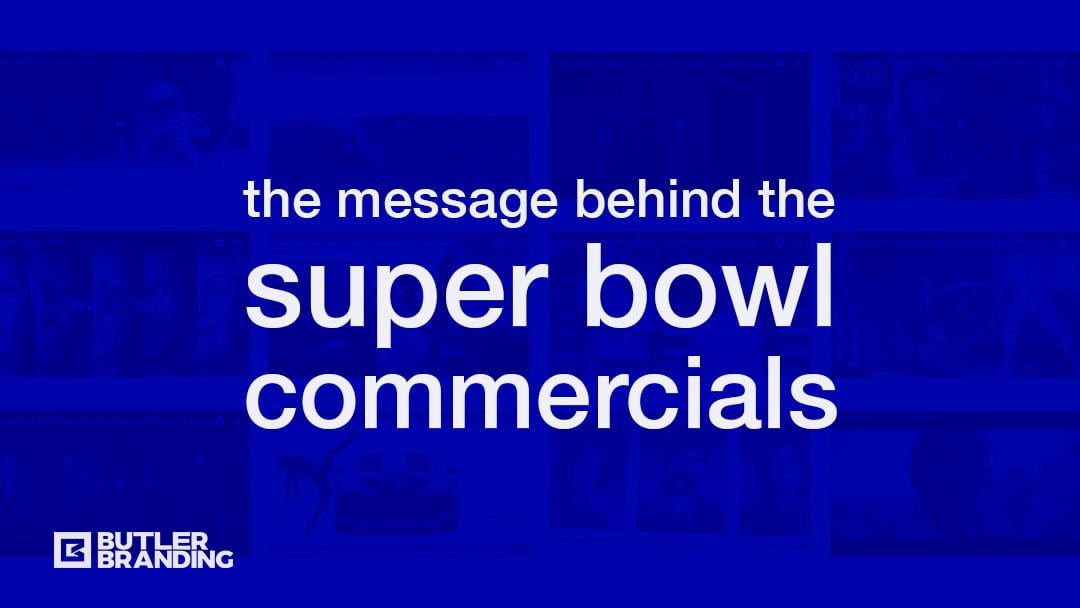 The Super Bowl is one of America’s great traditions for both NFL fans and non-fans alike. I myself am not a football fan, yet I watch the Super Bowl every year. It’s a great time to spend with friends and family. One of my favorite parts is watching all the commercials. Everyone anticipates the Super Bowl commercials to see what’s new, funny, controversial, or shocking. This year a 30 second Super Bowl ad cost companies $5 million (or $166,667 per second!), according to a post from Business Insider.

With so much money being spent on a so little airtime, it’s critical for brands to strategize the best way to get their message across to their target audience in a meaningful way that sticks. This is where creative agencies come in. In order for an ad agency to effectively connect a brand with its audience, they have to do at least four things:

While some Super Bowl commercials were produced strictly for entertainment value with the hopes that the ad would be so memorable it would stick in the minds of its users, others were more thoughtful in how they positioned their brand. Below are a few examples of some of the 2017 Super Bowl commercials along with the underlying message behind the ad.

No one likes to be stuck. Restraints that hold us back from what we need to do are frustrating. There’s a voice inside all of us that says, ‘Go Further’, and that is when things start moving. From innovation to realization, people are at the heart of everything we do at Ford. We go further so you can.

We are inclusive of everyone… Stay in a judgement free environment when you travel. Acceptance starts with all of us. #weaccept

We have deep roots in a proud American Heritage of coming from nothing and building something great, through trials and adversity… Be a part of the American Dream with us.

We know we haven’t changed much over the years, which is why you wont believe your eyes when you see the new Buick. See something new from a traditional company.
https://www.youtube.com/watch?v=Nx2PMnSzCB4

Honda celebrates the people who chase their dreams with reckless abandon, and the amazing things that happen when their dreams come true. For us, they lead to vehicles like the all-new Honda CR-V, a 20-year dream come true.
https://www.youtube.com/watch?v=f06ng5cII8o

No need for extreme measures just Switch to Sprint!

Your wireless contract is probably so bad you’re willing to do anything to get out of it… You don’t have to go to extreme measures by switching to Sprint.
https://www.youtube.com/watch?v=w_8ms2RzSYk

We know you can’t plan for everything – unexpected things happen. We go to extremes to keep you protected for the unexpected.

Machines intrinsically have no emotions or personality. The prestige of Lexus comes from the drivers who breathe life into our machines.
https://www.youtube.com/watch?v=h_iktzXK4K0

We know you care about the environment. Now you can be an eco-warrior, doing your part without having to be extreme.
https://www.youtube.com/watch?v=1dQ9a5EFZeI

Cleaning isn’t just for women. Women find it sexy when their man cleans.

This is by far my favorite for the pure genius behind the creative execution. During the game, 84 Lumber purchased a short spot that showed a Mexican woman and her daughter in what appeared to be a journey to cross into the USA illegally. The commercial abruptly stopped with a call to action “see the full journey at www.journey84.com“. The obvious political undertone stirred up a lot of controversy, and consequently a lot of traffic to the 84 Lumber website (genius SEO tactic, by the way).
The rest of the video had an unexpected twist that brilliantly conveyed the brand’s message that “the will to succeed is always welcome here”. When the woman and her daughter reach the US Border, their dreams are almost shattered when they come face-to-face with a huge wall. Then, out of the corner of the screen is a glimmer of light that sparks hope in their eyes. As they proceed toward it, they are met with a big, beautiful door.
While most people thought the ad was celebrating illegal immigration, the official website and YouTube channel have the quote from 84 Lumber’s president, “See a mother and daughter’s symbolic migrant journey towards becoming legal American citizens.” The point of the commercial was not the wall, but the door. The door was built by 84 Lumber, and represented inclusion and equal opportunity for those willing to succeed.
Whatever your political stance on the issue is, this ad was brilliant. Out of all the commercials listed in this post, this video has by far the most views at over 7.7 million. Not only did they get millions of views on YouTube, they also received millions of visits to their website where they offer visitors to “start your own journey with us”.

How to Create an Impactful Lawyer Ad
January 3, 2023